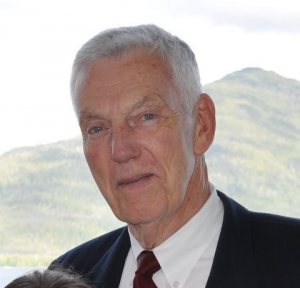 Vin worked on improving high school and amateur officiating since moving to NJ in 1962. At that time there were only 20 Approved officials in the whole Metro-NJ-NY-CT area and only five rinks. He served as President of the NIHOA Metro NY/NJ Chapter (1968-1979) and USA Hockey Atlantic District Referee-in-Chief (1975-1995). He started the first US referee school with Paul McInnis (1965-1990), and was integral in making NJ the first state in the United States to coordinate USA Hockey and NIHOA referee programs.

Vin worked closely with the NJ Devils to develop their support of High School and youth hockey. He also helped many NJ officials to be selected by the NHL, ECAC and other pro leagues. Vin along with Paul McInnis officiated the Bruins-Devils “The Mother’s Day game” in the 1987-88 NHL Stanley Cup semi-finals.