The 2009-10 Toms River South Ice Hockey team finished their season with a 25-2 -2 record and a State Championship trophy. The Indians had their most successful regular season ever which resulted in a Christmas Tournament win, a regular season Division Title, and a Conference Championship (Dowd Cup). However, at the cutoff date for the seeding committee meeting, the Indians’ strength of schedule failed to impress the seeding committee for the State Tournament and they were seeded 16th for the Public A Tournament.

Determined to prove themselves, they opened with a 4-1 win over #17 Roxbury and second round 3-1 win against #1 ranked Morris Knolls, who had not lost to a public school all season. Continuing to pull off upset after upset with a 5-3 win over #8 Morristown in the quarterfinals, and a 4-3 victory over #4 Brick Memorial in the semifinals.

On the biggest stage in NJ HS hockey, the Indians completed their miraculous run through the State Tournament with a 2-1 win over defending State Champion Randolph, the #3 seed. Despite being outshot 47-10, the Indians again found a way to overcome another tremendously talented opponent and win its first ever State Championship. In doing so, they became the lowest seeded team to ever win a state championship in NJ, in any sport. 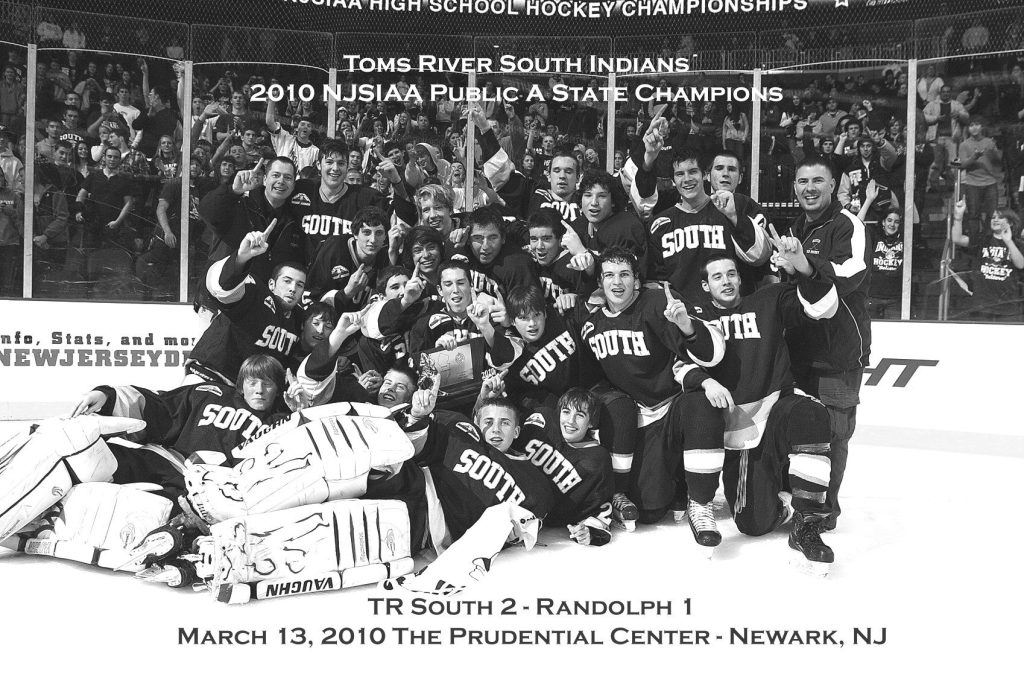