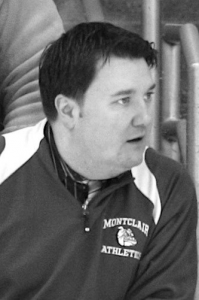 A native of Hudson County, Patrick Verney has spent much of the last 20 years involved in New Jersey Hockey. Hudson Catholic was a powerhouse in the state during Verney’s four years(1995-1999), compiling a record of 86-19-12. Verney received National B Division MVP his junior and senior years, and was also recognized on the Star-Ledger All-State teams in both of those seasons. He finished his career fifth all-time in the state with 301 points (117g, 184a).