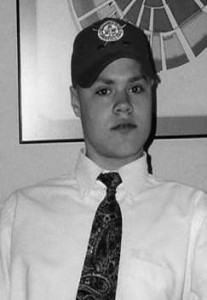 Born in Tumba, Sweden in August of 1977, Mats Carseberg came to the United States with his family in 1991. As a freshman at West Windsor/Plainsboro High School he was very quiet and hardly noticeable off the ice, but on the ice he was hard to overlook. Mats is unquestionably the most dynamic Swedish player to ever play for a scholastic team in New Jersey. Carseberg set more than a dozen school, county and league records while collecting 225 points (151 goals, 74 assists) in two seasons at West Windsor-Plainsboro HS.

He chose to transfer to Lawrenceville School, where he collected 53 goals and 39 assists in 42 games for a talented Big Red team. He was a first team NJ All Star both seasons at Lawrenceville. In his final season at Lawrenceville he was a participant in the annual Senior All-Star Game. He was also selected as a NJ Devils Player of the year.