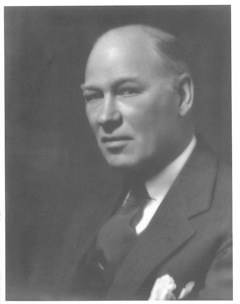 Kenneth B. Gordon’s life spanned 100 years and hockey was a big part of it. He moved to South Orange from Montreal with his brothers and they brought the new sport of ice hockey with them along with the concept of team play. They played for the South Orange Field Club in the 1890’s and Kenneth organized the St. Nicholas Hockey Club in 1896. Today it is the oldest amateur sports team in North America.

Kenneth played forward and captained the team for many years. He was named to the All Star Team covering the club’s first 25 years. He was instrumental in starting the American Amateur Hockey League in New York City in 1904 and served as an officer. In 1916 he coached the St. Nicks team that starred the legendary Hobey Baker.

In his later years Kenneth became an Essex County Park Commissioner and was instrumental in building the rink at Branch Brook Park and South Mountain Arena. In 1959, he donated his most prized hockey trophy to the champions of the New Jersey High School hockey tournament. Today the Gordon Cup is one of the most sought after trophies in New Jersey high school athletics. Handing out the trophy at the annual tournament was one of his great pleasures.

The Gordon Cup has become symbolic of supremacy in High School Hockey. Every high school student who has ever 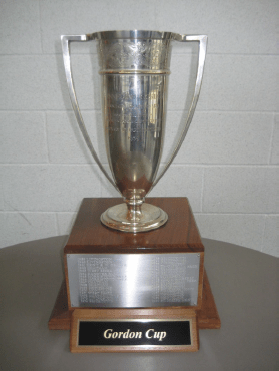 played hockey in the North Jersey Scholastic Hockey League has dreamed of his team winning the Gordon Cup. Each team that wins can boast of having achieved the highest level of skill. The Gordon Cup is a reminder of how the sport of high school hockey has grown in the State of New Jersey from a minor struggling athletic activity to a major sport.