Played Ice Hockey at Morris Hills HS one of the original 6 schools that started ice hockey in New Jersey from 1970-71 season to 1973 -74
season. Played Defense. Was awarded second team all league in 1973-74 season.
As the President of the league for many years it is a great opportunity to stay in touch with a sport that I feel helped me shape my career. I was blessed to have had the opportunity to be a part of a great sport which requires a great deal of discipline. Thank you to all of the Athletic Directors, Coaches and Players over the years that have allowed me to be a part of their lives and make the sport of hockey be what it is today especially in the MCSSIHL and the State of New Jersey. Note of appreciation also to all those who have attended the MCSSIHL end of season banquet over the years. At each banquet we pass around the RED BUCKET to donate to the Mikey Nichols Fund and have donated over $ 6,000.00 to his cause. That is a part about
hockey which shows that all involved always considered each other family.
Father of 3 Children — Katie, Bethlehem PA, Kyle (in heaven looking down today) and Kristin, Byram New Jersey. Grandfather of 7 – Aiden, Peyton, Amelia, Paisley, Bella, Axelle, and Laura-Lye. 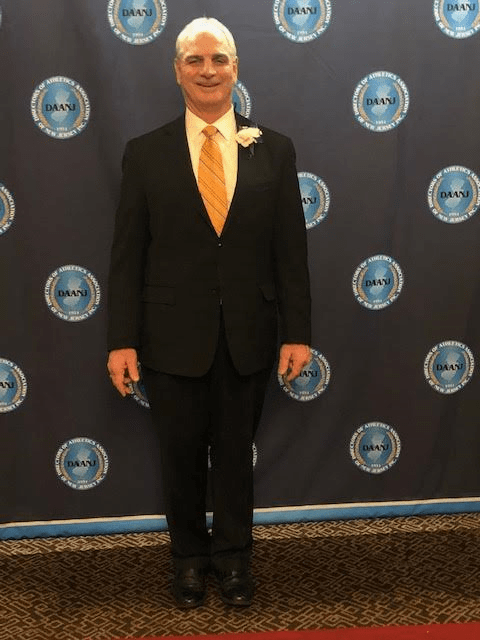