Gaudreau, now starring for the Calgary Flames, had a distinguished scholastic career and finished with 51 goals and 57 assists during his final two seasons at Gloucester Catholic, leading the South Jersey school to the NJSIAA Non-Public Championship as a junior 2010. “Johnny Hockey” fashioned one of the most impressive hockey resumes for anyone ever coming out of the Garden State.

Gaudreau, the 2017 Lady Byng trophy recipient – Awarded each year to the National Hockey League’s Most Gentlemanly Player – earned the NCAA Hobey Baker Award as college’s finest player in 2014 when he led the nation in goals (36), assists (44) and points (80); won a gold medal with the US National team in the 2013 International Ice Hockey Federation World Junior Championship; helped Boston College win the NCAA National Championship his freshman year. 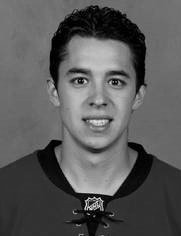