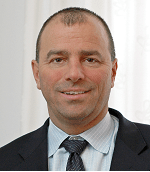 Led by Tracy, Livingston won state championships in 1980 and 1982 to go along with a Gordon Cup title in 1981. In his three seasons at Livingston the team went 60-16-6. Tracy, who played in college at Ohio State, scored in overtime to give Livingston a dramatic 1-0 victory over heavily favored Brick in the 1980 state final at South Mountain Arena. In the 1982 state championship game he had four assists as Livingston downed Montclair, 4-2.