Ian started his hockey career at age five, playing at Ice World in Totawa. He continued to play hockey while growing up. Under Coach John Kovacs, Ian played three seasons for Morris Knolls High School and really started to show incredible talent his sophomore and junior years. In his junior year, he lead the Morris County league in scoring and was All Area and All State Public Schools. He went on to play two years in prep school at Choate, where he continued to thrive.

He was being pursued by many colleges but a visit to West Point sealed the deal for him. He suffered from a back surgery which caused him to miss part of his first season but his remaining three years he was the leading scorer for Army. Ian was the captain his senior year and lead Army to their best season ever 24-9-1 beating Cornell, Yale, Quinnipiac and Air Force twice. He was selected for the College
Hockey All Star Game. Ian has had a successful career in Finance and Broadcasting and is the author of the book “Ubiquitous Relativity”. He
and his wife live is Los Angeles and travel the world volunteering to make a difference in the lives of others. 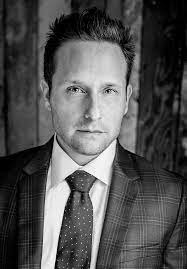