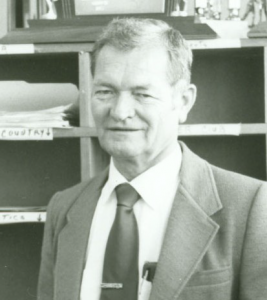 Harold Handchen, who passed away in December of 2006, was one of the most respected people in the history of New Jersey Athletics. The World War II Navy veteran was named the first Athletic Director at Brick Township High School in 1958 and in 1965 he began his service to the state Hockey Committee. He was admired by many for the support he showed to the sports programs at the high school and around the community.

Handchen, who was an avid golfer, also started the Brick youth soccer league in 1963. In 1972, he was inducted into the Shore Soccer Officials Hall of Fame and in 2004 he was inducted into the Brick Wall of Fame. Upon his retirement in 1982, the East Gymnasium at Brick High School was renamed the Harold “Hank” Handchen Gymnasium. The Handchen Cup hockey championship began in the winter of 1985.