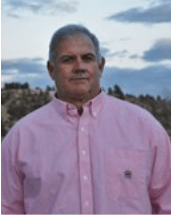 Frank started playing hockey at age 9 as a goalie, but changed to defense during his time playing for the Brick Hockey Club. In High School, under coach Bob Auriemma, Frank helped lead Brick to Gordon Cup Championships in both 1974 and 1975.

Frank played hockey at Northwood Prep and Ramapo State where he played in the 1979 Crab Pot Tournament. His wish for Gold was unmet. Through FedEx, he has organized four teams for FedEx Canada tournaments. He continued to play and also coach for NJ Devils Youth Hockey and Red Bank Catholic.