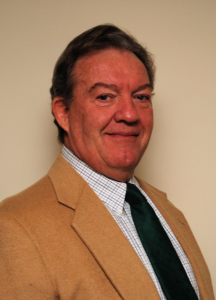 Ed Purdy was an athlete at West Orange High School where he played football, baseball and began playing hockey his senior year. He played football at Springfield College in MA where the 1965 team was undefeated and ranked #1 in New England. In 1967, Purdy began his teaching career where he started as an assistant hockey coach and eventually became a head coach for West Essex where his team won the Gordon Cup in 1971. In the 1970’s Purdy worked with Dr. Earl Hoerner at his neuro-muscular diagnostic service on specific exercises for elite athletes which developed into an educational clinic that became available to the public. In 1975, Purdy became involved with the Livingston Hockey Club.

In 1976, he became a teacher at Livingston HS where he became the coach of the hockey team and the assistant football coach. In 1976, the hockey team won the league championship, the Gordon Cup and were the state finalists. In 1977 & 1978, his team was state finalist and in 1980 & 1982 they were the state champions. In 1981, Livingston won the Gordon Cup and he was The Star Ledger coach of the year.