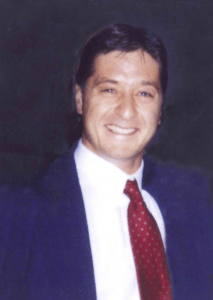 As a player for CBA Bob was part of a team that won the schools first State Championship (1982-83) and finished the season with a 22-2-1 record. As a sophomore he was named All State First Team.

He went on with his hockey career while in college and graduated with a BA from Assumption College and an MBA in Psychology from Rutgers University. Bob played in the Sunshine Hockey League in Florida and won the championship (1992-93).

Bob went on to coach hockey at Toms River North High School and was part of starting the hockey program at Monmouth University. He used all his knowledge to author the book, “Winning Hockey Systems and Strategies in all three Zones” published in 1996. Although Bob tragically passed away, he left an impact on many people.