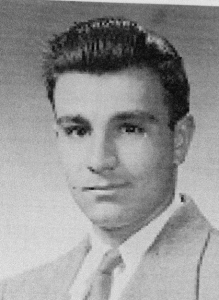 Ben Leuzzi has been involved in hockey for more than 60 years. One of his first experiences was in 1957 when he helped to build an ice rink on Passaic Ave. in Fairfield. A few months later the Willowbrook Rink opened where Ben, at the age of 18, formed a team called the Caldwell Jets and he was the owner, manager and the goalie. The Jets later became part of the Garden State League. A few years later Ben established the Golden Blades hockey team which gave high school players a chance to play hockey year round at a higher level and to get better competitive experience.

In the 1970’s Ben became involved at Seton Hall Prep with Coach John Warchol as a goaltender coach. He stayed involved by being instrumental in the JV Hockey Program at Seton Hall Prep so that players would have the opportunity to get better and advance to the Varsity program. Ben than began coordinating the JV league which grew to 10 teams in the Essex County area. Ben also coordinated the Seton Hall summer clinics. Ben’s son Michael was a goalie at Seton Hall Prep and Providence College. In 1972 Ben opened Verona Sports, where many a young hockey player goes to purchase their equipment and have their skates sharpened by Ben’s dad Roland Leuzzi.