Contributor While playing for Saint Peter’s Prep, Bob met HOF Inductee, John Warchol who encouraged him to consider officiating. This inspiration led to forty plus years of leadership and officiating in the High School, Amateur and Collegiate Hockey community in New Jersey. Bob has been a USA Hockey official, evaluator and seminar instructor for over thirty years. Bob’s officiating resume includes a USA Olympic Festival, ECAC Division-I, seven USA Hockey National Championships and successive USA Hockey Regional and District Championships. In 1987, Bob became a member of the National Ice Hockey Officials Association (NIHOA), Metro NY-NJ Chapter. He met HOF Inductees Paul McInnis and Vin Godleski and became an instructor in their North Jersey Ice Hockey Officials School. A NIHOA and NJSIAA official for thirty years, Bob officiated more than 1100 High School games in New Jersey and New York, including eleven NJSIAA Ice Hockey Tournament of Champions Overall, Public & Private Finals. Bob also worked as an NHL Off-Ice Official, Roller Hockey International Game Official, and Arena Football League Game Official. Bob continues to promote the legacy of High School Hockey having been mentored by HOF Inductee, Bill Sidun. Bob served as NIHOA Chapter Secretary for seventeen years and continues to serve as Chapter Vice President. Bob is a member of the NJSIAA Ice Hockey Committee, he is the NJSIAA Ice Hockey Rule Interpreter, and he also produced the original NJSIAA Ice Hockey Rules Modifications. Bob is the official’s game assignor for the Big North Conference. In December 2017, he was honored by the NJSIAA as an official for his contributions to Interscholastic Athletics. 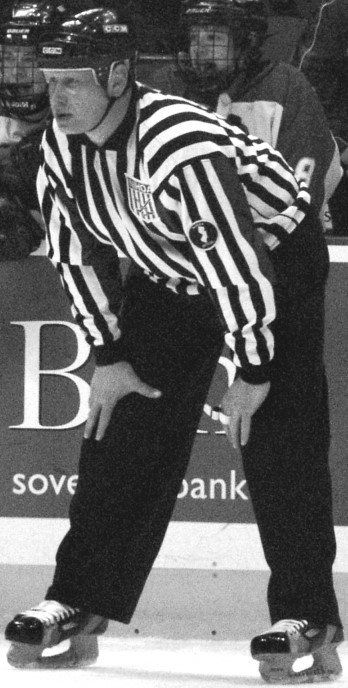