In 1983, after a 5 year term as Director of Athletics and Head Coach of Hockey at Merrimack College in North Andover, MA, Bruce Parker came to Montclair High School as a teacher of Mathematics and a coach of Football, Hockey, and Baseball. In the next 6 years, his National “A” Mounties won 2 league titles, won 6 sportsmanship banners, qualified for the State Tournament 6 times, and won back-to-back State Titles in ’87 and ’88.

Parker returned to Montclair High School as a teacher of Advanced Placement Calculus and a Coach of Tennis, Hockey, and Baseball in September of 1999. In his second stint with the Mounties all 8 of his squads qualified for the State Tournament. He coached 3 seasons at Seton Hall Prep before retiring to his lakeside cottage in Maine.

During his times in NJ, Bruce refereed high school and college hockey and coached annually in several summer hockey clinics. Recently, Parker was inducted into the NH Legends of Hockey Hall of Fame. 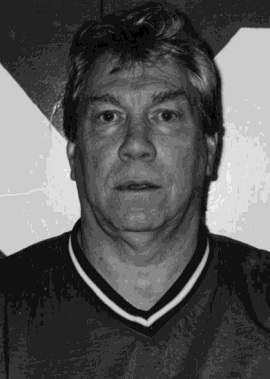