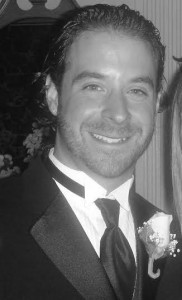 Brandon Doria was born and raised in Bayonne, NJ. Freshmen year he led his team in scoring and earned a varsity letter playing at Hudson Catholic. Sophomore year he transferred to Seton Hall Prep and over the next three years the Pirates won three League Titles, three Parochial State Titles, two Overall State Titles, and two Gordon Cups. Individually he won two Gordon Conference scoring titles, and was named the NJ Devils Player of the Year and the NJ High School Player of the Year in 1999. He ended his High School Career playing in 92 games, with 116 goals, 119 assist, totaling 235 points and averaging 2.55 ppg.

After High School he went on to play Division I at Holy Cross tallying 139 points in 136 games, being named Offensive Player of the Year for the MAAC Conference his senior year in 2003. He was also a finalist in the Walter Brown Award, given to the best American born hockey player playing Division I College Hockey in New England. After college he played four years in the minor leagues, winning a Championship while playing with the Groningen Grizzlies in the Netherlands. In 2006, he was inducted into the Seton Hall Prep Hall of Fame. Brandon is still involved in NJ High School hockey today, coaching the Varsity Millburn Hockey Team.